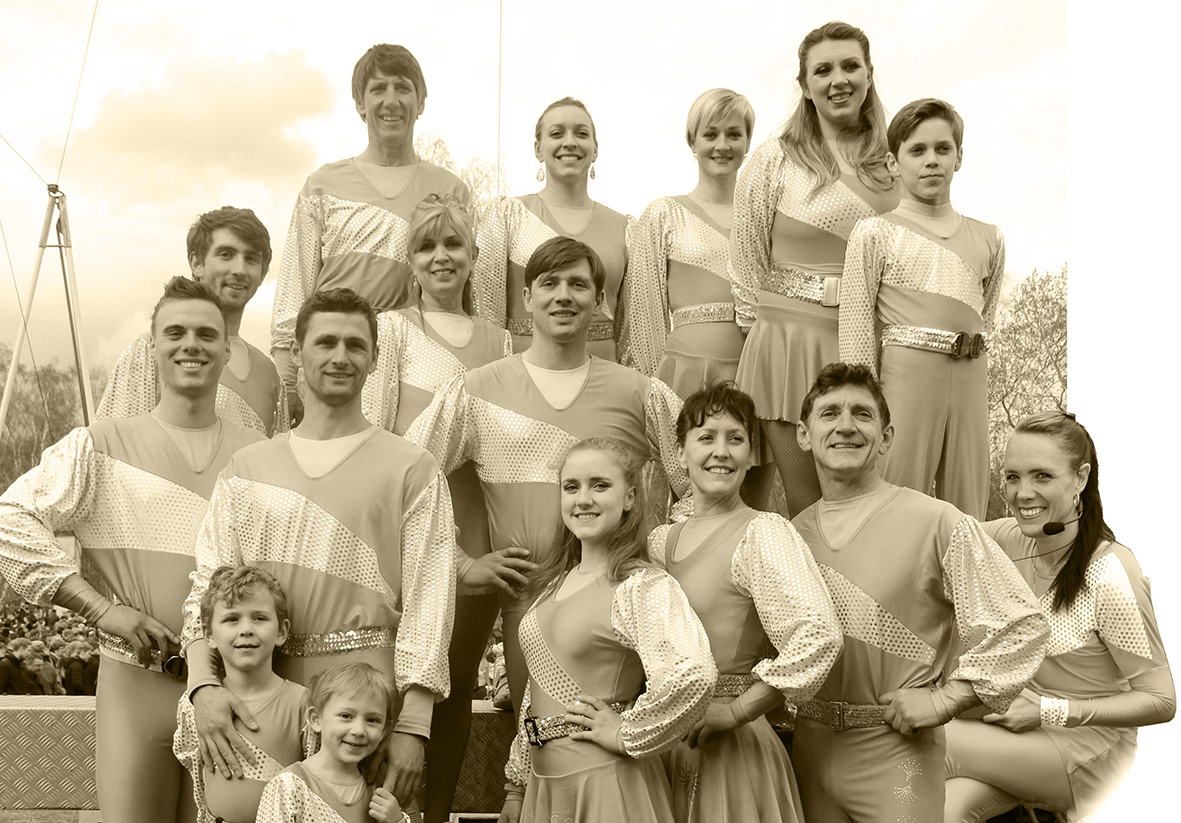 We, Geschwister Weisheit®, are purely a family company. We are on tour all around Germany and worldwide, already in the 6th generation.

During our long carrier we received many awards we are unbelievably proud of. These include the golden medal of honor for acrobatics, the Thuringian Order of Merit and the “Mention Speciale du Jury” (Special Prize of the Jury) at the 35th International Circus Festival of Monte Carlo.
Our tours led us already through Germany, Thailand, Italy, Spain, Greece and Romania and this year to the Netherlands and Switzerland.

After more than 120 years of company history, we are the greatest ensemble of our kind by now.

The founder of the high wire dynasty Weisheit was Friedrich Wilhelm Weisheit (1875-1956). He was a skilled gunsmith and married Maria Traber (1878 – 1948), who came from an old acrobatic family. Since 1900 the couple travelled together with their five sons throughout the country and offered music, clownery and high wire acrobatics to their audience.

One of the sons, Lorenz Weisheit (1908-1984), seperated from his parents in 1930 and started his own arena show with his wife Luise (1909-1999). They both had eight children, of which three finally stayed in the parental company. 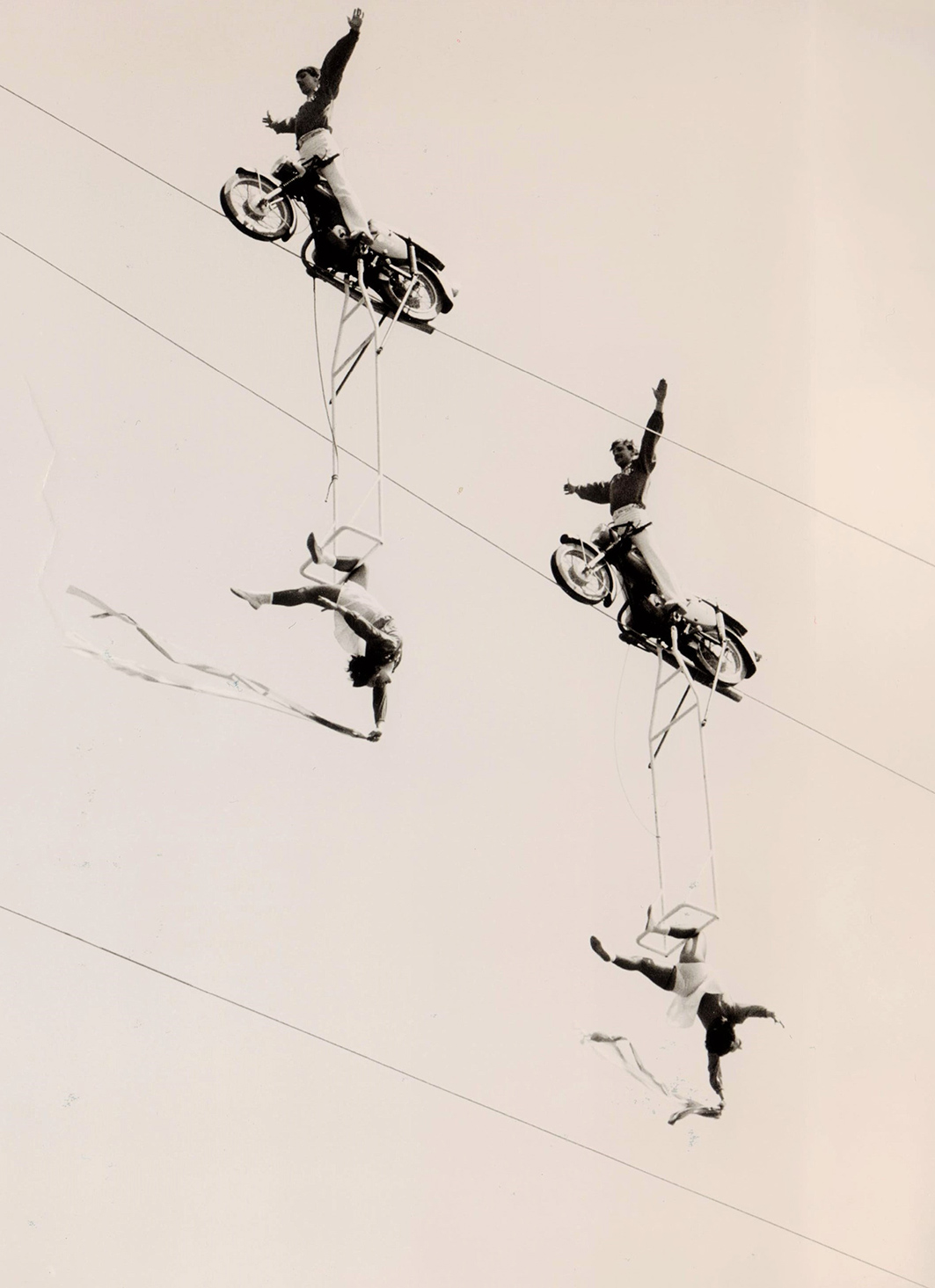 THE HISTORY OF OUR MOTORCYCLE ACROBATICS

The idea of driving a motorcycle across the ropes was given by our ancestors already in the fifties. So, in 1960, a 30 metre/99 feet high steel mast was manufactured espacially by the steelworks and rolling plant in Riesa, Germany. On this mast the steel ropes could be tightened. Two years later they started a first try to ride on the wire with a NSU Max, which proved to be absolutely inappropiate.
In 1964 they bought a MZ 350 BK. This machine conformed the requirements of the high wire and served faithfully for many years.
Since 1970 our ensemble worked with already two motorcycles on two ropes and from 1977 with three motorcycles on three ropes tightened next to each other.
To make the machines suitable for the use on those narrow ropes, the steering and suspension had to be immobilized. The tire equipment required inventiveness at first. Many years unpended moped wheels which were screwed to the metal rim were used.
Just at the beginning of the nineties it was possible, TEGU WALZEN and SLEEVES GMBH Walterhausen (a company for rubber rollers in Germany) succeeded in producing tires which could be used multi-annual.
Until 2014 we worked with a MZ RT 125 and two MZ 125 SM.
In collaboration with the KTM appointed dealer motorcycle sports Motorradsport Jakobi Gotha, two of the trademark KTM 200 Duke have been rebuilt suitable for the high wire and serve us faithfully since then.